The biggest architecture and design stories of 2019

by Robert Schmolze on December 31, 2019 in Architecture, Design Thinking, Interiors

Nex up in our review of 2019, editor Tom Ravenscroft takes a look back at the most-read stories for every month this year, including alternative designs for Notre-Dame and an interview with Tatiana Bilbao.

A drone video revealing a development of hundreds of abandoned chateaux in Turkey was the most read story in January. In total over 270,000 people read the article this year.

Located half way between Istanbul and Ankara, the Burj Al Babas development will contain 732 identical mini chateaux if it is ever completed.

Find out more about the Turkish chateaux ›

IKEA continued to be hugely popular with readers this year with this story on its Överallt furniture collection the most read story in February.

Find out more about the Överallt furniture ›

News that Bugatti created the “world’s most expensive car” captured readers’ attention in March. The one-off supercar made from carbon fibre was revealed at this year’s Geneva Motor Show and sold to an anonymous collector for €11 million (£9.5 million).

The fire at Notre-Dame Cathedral was one of the biggest architecture stories of 2019.

In response to the devastating fire numerous architects and designers proposed alternative visions for rebuilding the cathedral.

Find out more about the alternative spires ›

In May, Dezeen readers were caught up in Game of Thrones fever as the final series drew to its conclusion.

Production designer Deborah Riley told Dezeen that creating the show was: “as intense as you can imagine”.

Find out more about the Game of Thrones set design ›

Find out more about Infinity London ›

In 2019 readers continued to be interested in all-things Elon Musk. At the end of the year the Tesla founder unveiled the Cybertruck, but it was his tech startup Neuralink that proved his most popular story of the year.

The company will build implants that connect the human brain with computer interfaces via artificial intelligence.

Find out more about the Neuralink

September – Noori stove “breaks the limitations of a standard barbecue”

As summer drew to a close, in September readers enjoyed this multipurpose stove, which was shortlisted for homeware design of the year at Dezeen Awards 2019.

Brazilian brand Noori created the stove to break “the limitations of a standard barbecue”.

Find out more about the Noori Stove › 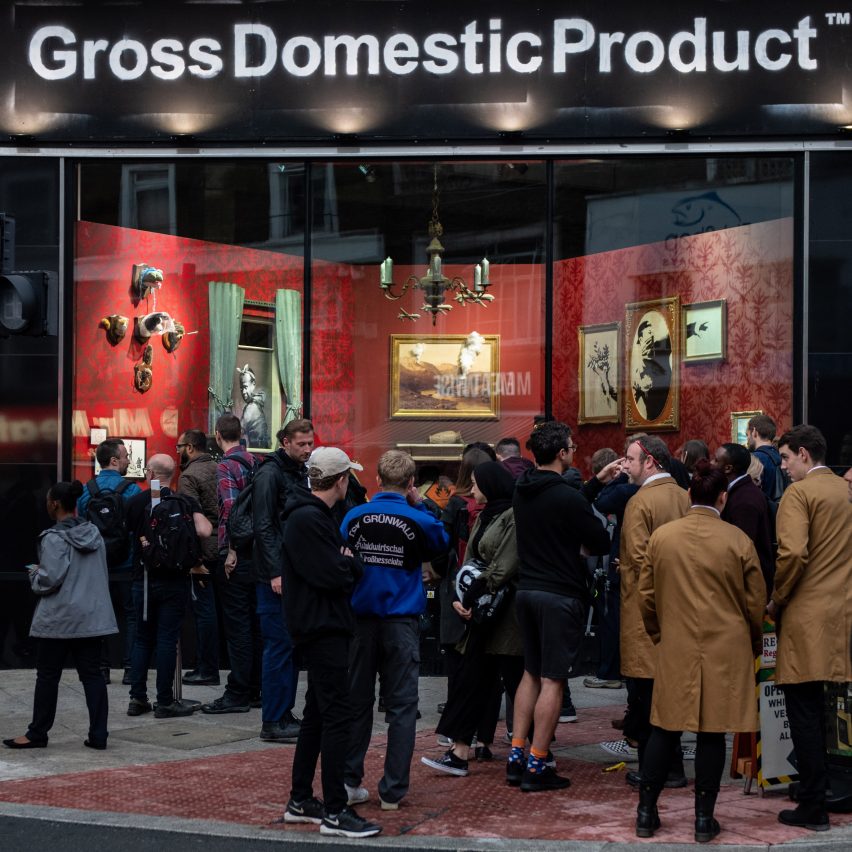 Illusive artist Banksy continued to grab headlines in 2019. In July he designed a stab-proof vest for Stormzy’s Glastonbury set, which he later unveiled in a pop-up-shop installation in Croydon.

The installation was built to launch a range of branded merchandise that the artist created to maintain custody of his name.

Find out more about the Banksy merchandise ›

The Leeza Soho skyscraper in Beijing was the most read story in November.

The building was one of several projects designed by Zaha Hadid that were completed posthumously this year, including the Al Wakrah Stadium in Qatar, the Opus hotel in Dubai, and Beijing Daxing International Airport.

Find out more about the Leeza Soho skyscraper ›

Speaking to Dezeen in December, Tatiana Bilbao revealed that she had banned renders from the design process in her studio. The sentiment clearly resonated with readers with over 110,000 people enjoying the interview.