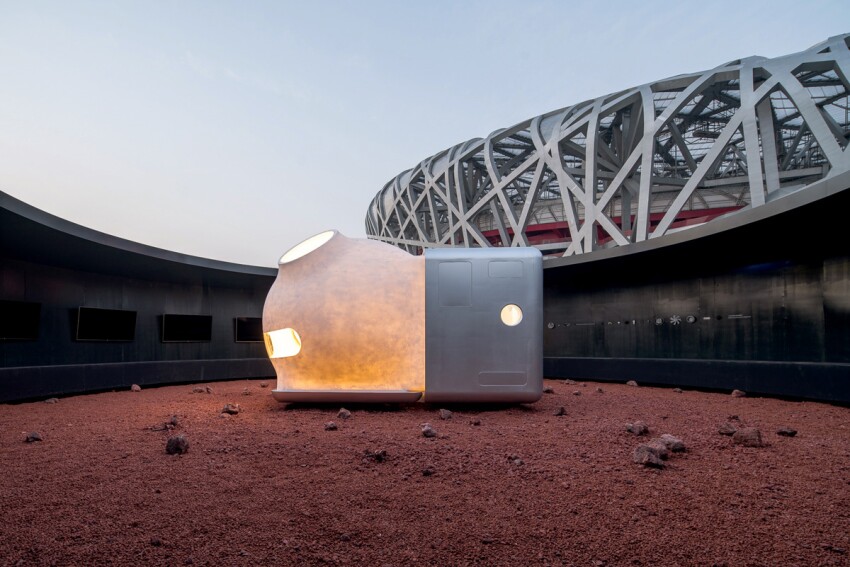 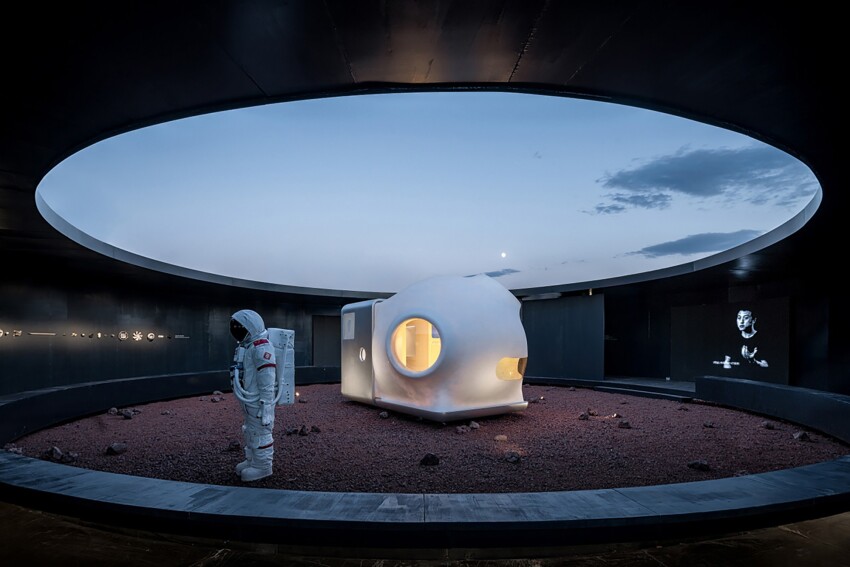 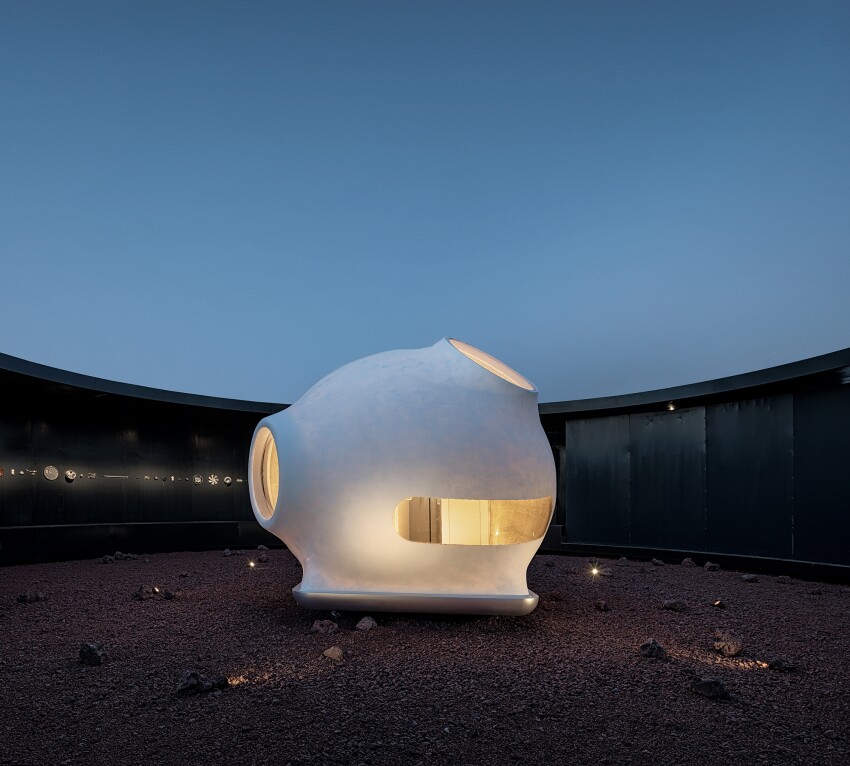 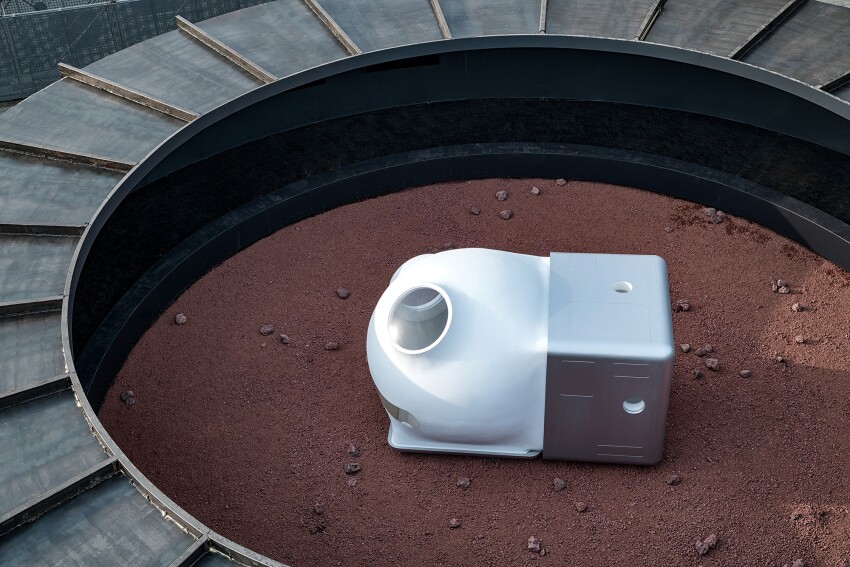 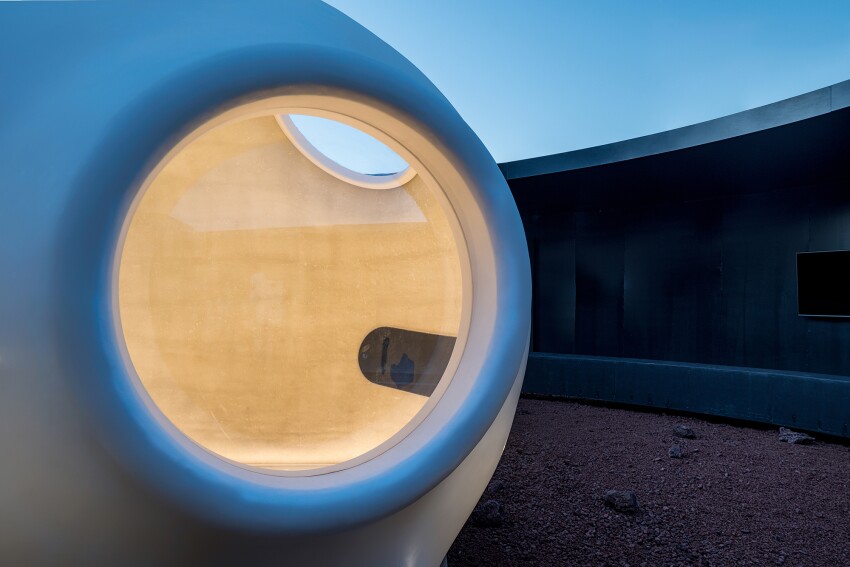 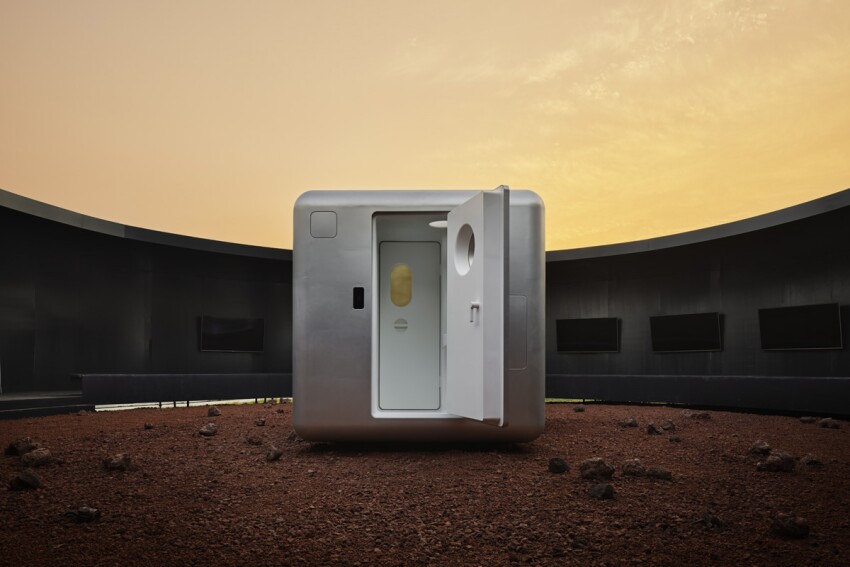 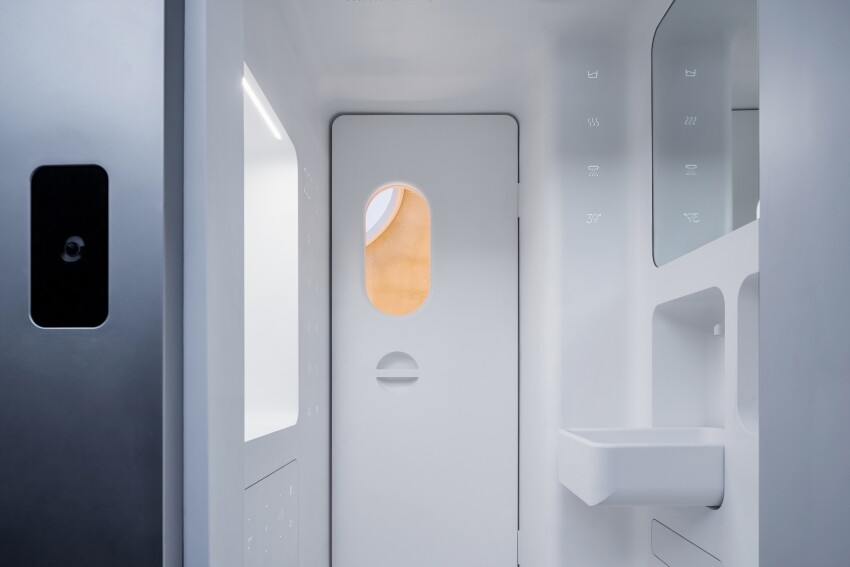 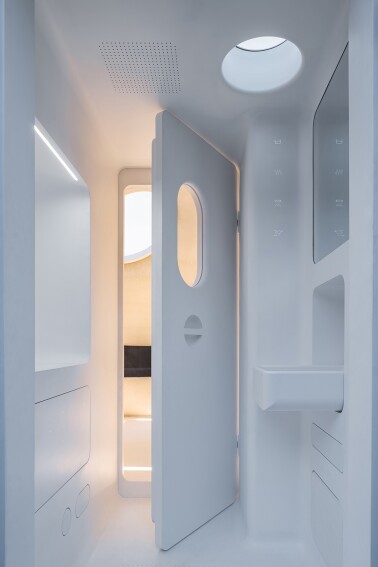 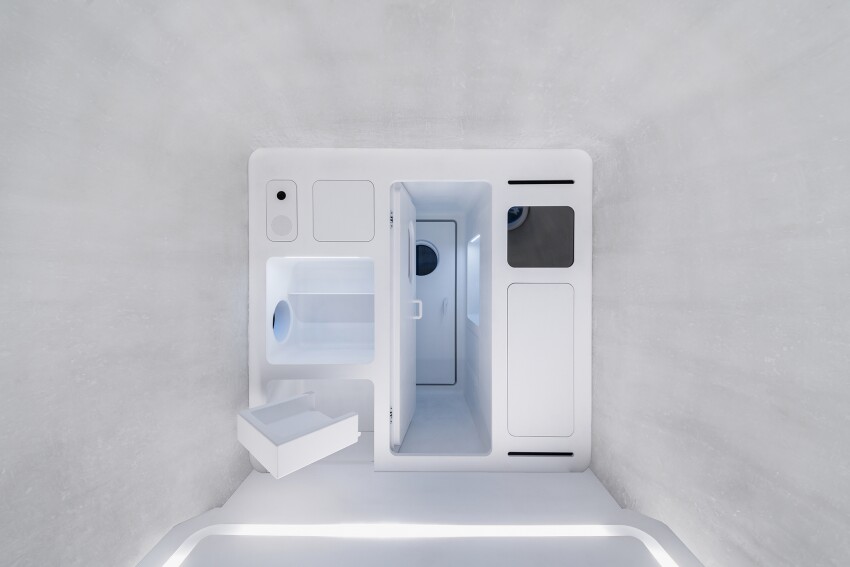 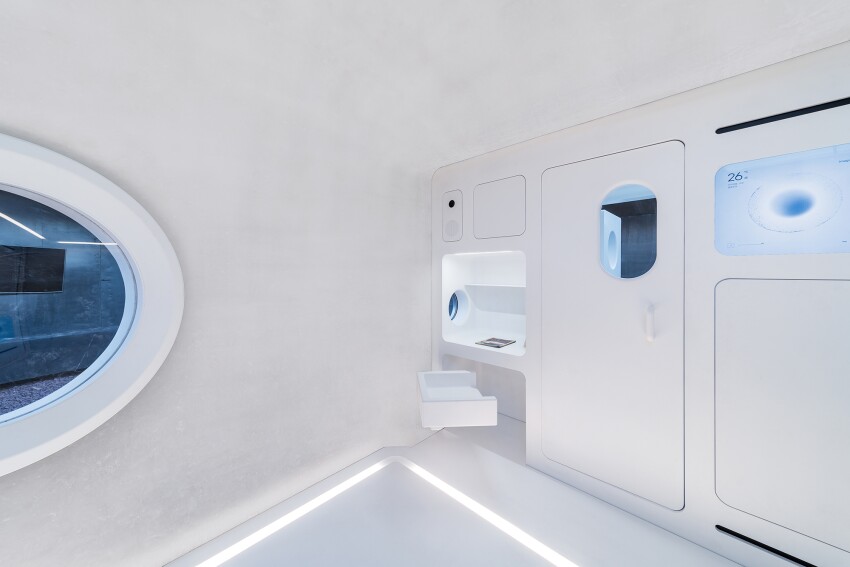 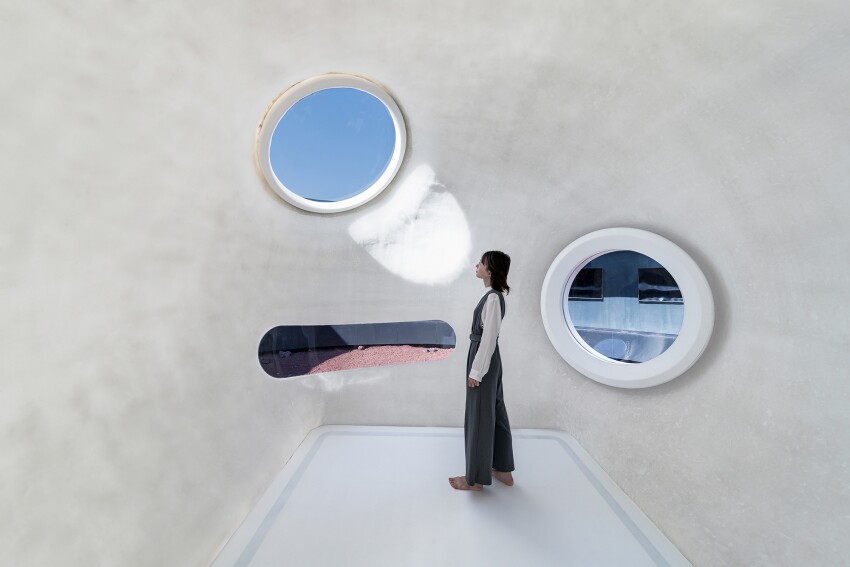 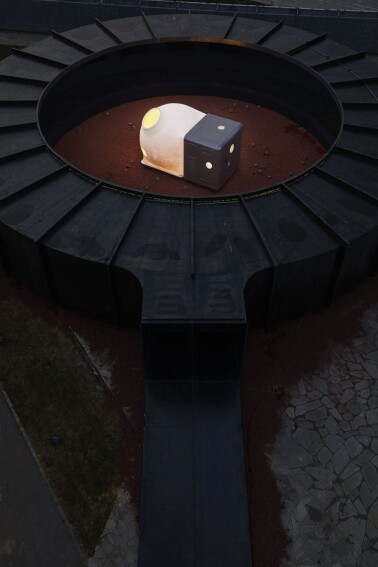 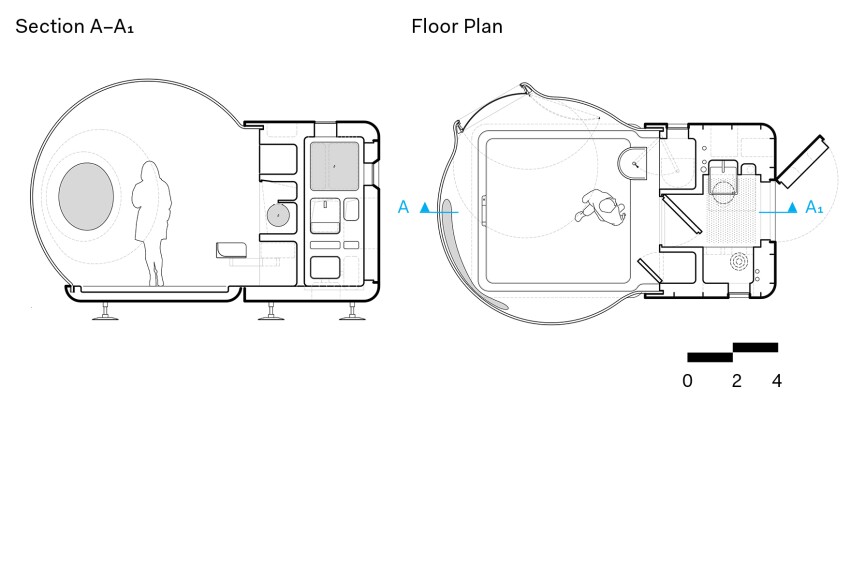 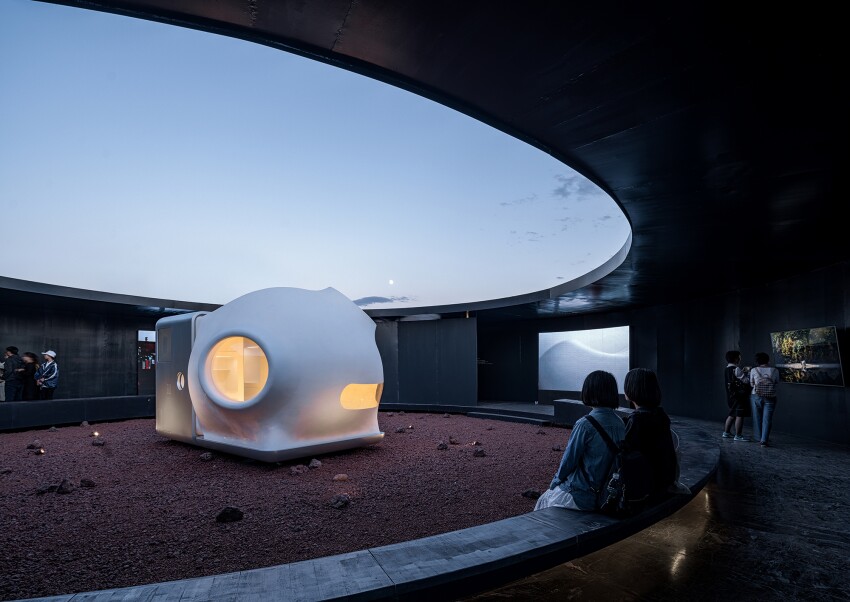 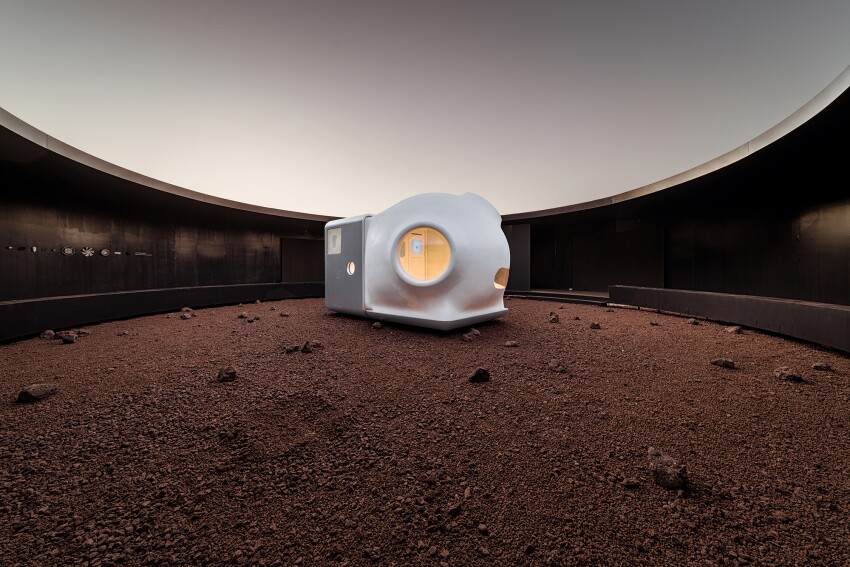 When asked to envision how we should live in the future, it can seem glib for an architecture firm facing the realities of climate change to respond: Anywhere but here. But Beijing-based Open Architecture’s Mars Case prototype—which envisions life in prefabricated micro-units on the Red Planet—is anything but fatalistic. It’s not a suggestion that the change on Earth is irreversible and we need to abandon ship, but rather an attempt to reckon with humanity’s current resource use, and to figure out how to modify it.

Mars Case was designed for the 2018 House Vision China exhibition. Started in 2013 by Muji art director and Tokyo-based Hara Design Institute designer Kenya Hara, the program invites architects to partner with a manufacturer to design and build a housing prototype that embodies their vision for how we should live in the future. This year’s iteration, the first in Beijing, featured prototypes not only from Open, but also MAD Architects, Hasegawa, and Atelier Deshaus, among others.

For Open founding partners, Li Hu and Huang Wenjing, AIA, the starting point for the Mars Case design started close to home. “One thing that interests me and concerns me at the same time, both in China and globally, is the environmental crisis, which also causes a social crisis,” Li says. “We’re just too greedy. We consume too much of everything and we have expanded our footprint endlessly.” To look at how to curb that resource use, Li says, the questions that drove the design of the project were: “How can we consume less? How can we be ultimately sustainable? How can we live small? How can we rethink everything?”

Mars Case is an aluminum cube that clocks in at a tiny 130 square feet—easily packed and stacked for transport—that contains all the creature comforts of home. The cubic systems module contains the services and appliances: a bathroom and shower, cooking facilities, and storage among them. Once in place on-site, one side of the cube folds down, deploying a near-spherical inflatable living module for sleeping, eating, and working.

Open’s manufacturing partner in Mars Case is Chinese electronics manufacturer Xiaomi Technology. Li and Huang sought to partner with the company because its products have a “minimal style, but with a twist,” Li says. “And they’re all networked.” Discussions with Xiaomi for the appliances in Mars Case envision a closed-loop system where waste from one appliance (heat from the refrigerator condenser, for example) fuels another (such as a water heater) in order to create a self-sufficient system that itself creates no waste.

Using Mars as a conceit for exploring how design can help combat climate change on Earth started as “a random thought” in a meeting with Xiaomi, Li says. But it resonated. “It’s an attractive story—Mars is a hot topic. But if you push the idea of our climate crisis to an extreme, that is Mars. There are almost no resources and we have to live small just to move ourselves there,” he says. “It gives you an extreme challenge to think about how you’re going to live.”

It’s impossible to design a space-ready dwelling with just a few months lead time and an exhibition budget, so some of the design concepts remain just that. While the team had tested PVDF membrane for the inflatable living quarters (the same material used for inflatable bounce houses) and researched other higher-tech materials, the prototype installed in Beijing this fall featured a rigid resin skin that mimicked the translucency of the membrane. And while the design calls for a phase-changing rigid floor in that module that would become a soft sleeping surface at night, such surfaces are still the subject of materials research.

But reducing consumption, both of spaces and resources, makes the prototype something that Open hopes to continue to develop for use on this planet, Li says. “Imagine this is back on Earth. Basically, it’s a very high tech, very compact trailer home,” he says. “It has a huge market in America and can be the most idealistic affordable housing.”
And Li feels acutely that the time to check humanity’s approach to consumption, and to offer solutions, is now. “[Climate change] is a global crisis—nobody can walk away from this problem,” he says. “We all have to do something in our own capacity to push the boundary. We don’t have lots of time left to make things not cross a threshold that is irreversible, and to have disaster happen.”