by Robert Schmolze on April 1, 2020 in Design Thinking

The AR artwork saw the five-storey atrium at Selfridges transformed into a column of water inhabited by pulsing, sculptural shapes that were inspired by bioluminescent creatures. It was described by its creators as “Europe’s largest AR experience”.

Members of the public were invited to download the Digital Falls app and explore the physical artwork for themselves across the different levels of the atrium.

“I wanted the piece to encourage conversations in the real world, primarily. One of the most appealing things about AR is that it can be experienced alongside others, unlike VR which I believe is still quite an isolating and somewhat clumsy experience.” Emmony told Dezeen. 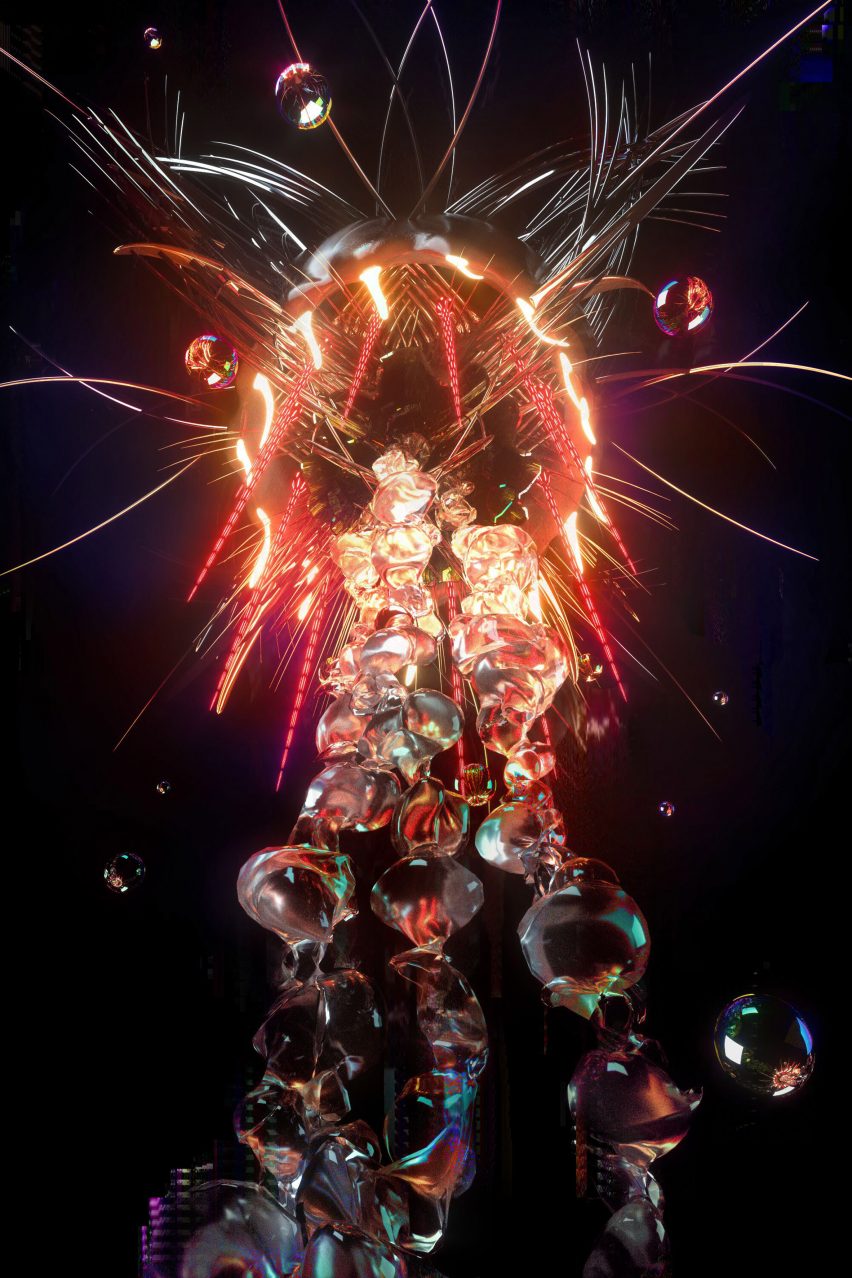 Emmony designed the installation to have both “grand and intimate” moments

Using the large metal grill on the ceiling of the atrium as an anchor and starting point for the piece, Emmony designed the installation to have both “grand and intimate” moments that were attached to objects in the real, physical space.

The smallest forms were placed on the lowest levels, with the forms becoming larger as visitors ascended throughout the space. This meant that each viewer had an entirely different experience depending on where the work was viewed in the physical world.

Inspired by bioluminescent sea creatures and plants, the piece throbbed, pulsed and morphed shape while glowing in a range of different hues.

The conversations and interactions that occur within large public spaces such as Selfridges served as inspiration for Emmony, “it seemed like an interesting metaphor to visualise these conversations as sea creatures, pulsating and glowing in unison,” he said. 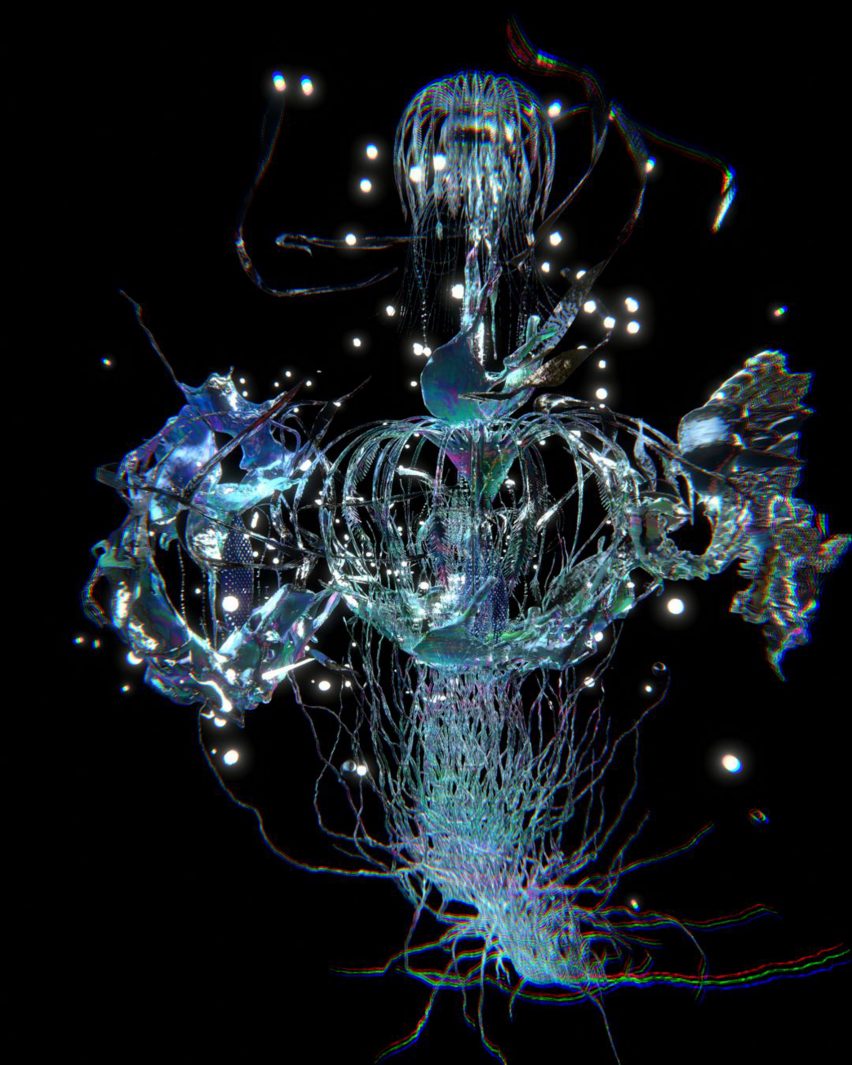 It was important to both Emmony and Selfridges that the experience was as accessible as possible, ensuring that even visitors without the latest smartphones could interact with the piece.

“The great thing about AR as it stands is that anyone with a smartphone can experience it,” added Emmony.

Emmony recently collaborated with Ben Ditto to create dystopian visuals for a music video for the song People by The 1975.